Happy Friday, lovelies! It’s been a busy week for me outside of work; work has been pretty slow due to the American Thanksgiving and all of our American colleagues are off for most of the week.

Forgive me for putting this post up so late. I’ve had a very busy day. But I hope you enjoy it and the rest of your weekend.

First and foremost, Happy Thanksgiving to all my American friends across the border and anyone else celebrating today. I wish you are surrounded by family and friends and lots of love.

If you’ve visited my blog over the years, you’ll know that I love to decorate, especially during the Christmas holidays. But decorating can become very expensive. So, you’ll also know that I am a strong believer of purchasing most of my decorating supplies from the Dollar Store.

This year, I’ve decided not to purchase too many supplies as I have accumulated many over the years. But I’m adding a couple of things to my supply list and having Nid involved in the whole process. She’s so excited about putting up a Christmas tree and decorations. So, everyday we put one little item up. This way, the excitement lasts and she gets to enjoy each item one day at a time.

Over the next several days, I will be putting up my ideas and DIY how-to plans. But in the meantime, you can check out last year’s blog post about Dollar Store Holiday Decorating Ideas HERE! 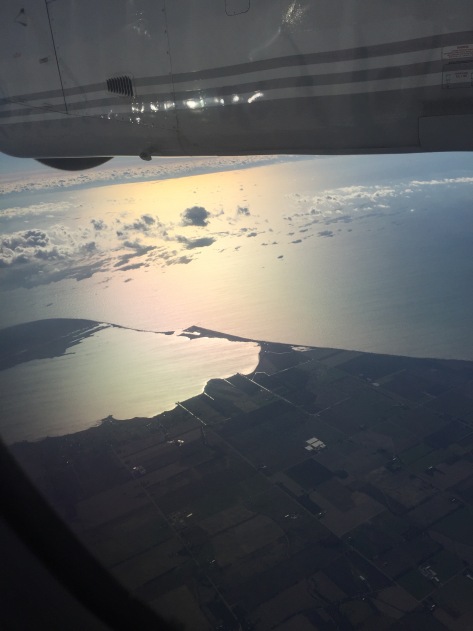 On Monday my brakes failed as I was heading to work in the morning rush hour. My quick thinking saved my life as I pulled the emergency hand brake. I was minutes away from getting on one of the busiest highways in Toronto, the DVP or Don Vally Parkway for all of you that don’t know. Someone somewhere must really love me because had I gotten on the DVP and the brakes failed, I would have certainly been in a multi-vehicle crash. Thankfully, I am okay; a little shaken up but mostly okay. I got the car to the mechanics and he assessed and determined the brake fluid had completely leaked, resulting in my brakes giving out. In the process of braking, I blew a tire and caliber or whatever it’s called. The mechanics fixed everything and gave me a hefty bill.

Within two weeks, I’ve paid over $1500 into this car. First the emissions issues and now this. I feel disgusted by it all but the car is okay and I didn’t get hurt; which is more valuable then all the costs.

Tuesday, I flew out to Dearborn, Michigan for a work summit for a couple of days. It was really nice being on the plane after so long. I don’t know what it is but I just love being in the plane. It’s this nostalgic feeling. The same feeling I get when I’m near water. The excitement of the takeoff and then flying above the clouds and cities. I love taking pictures of the ground.

My boss and the other chick with me were being a bit annoying. I mean, I like both of them but they were acting like a bunch of school girls, teasing and giggling. I felt a bit left out but whatever. After the other chick left, it was nice to spend some time with my boss and get to know her. We had a nice breakfast and dinner and drinks together. 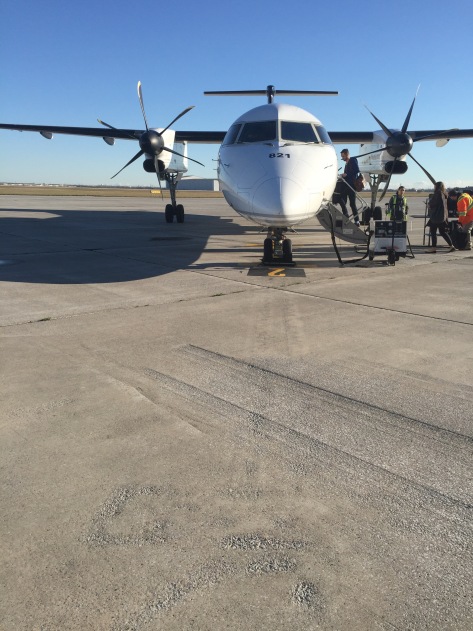 Plus, I got to bond with our clients and colleagues from the Dearborn office; which was fantastic. I find it very important to have out-of-office time with your colleagues at least once, this allows you to see the person as a real person instead of just as a colleague and that makes a huge difference.

Overall, it was a successful trip and I really enjoyed myself. The rest of the week was finished off with lots of catching up on work. Finally, yesterday Dev and I decided to list our car on Craigslist, Kijiji and Facebook Buy and Sell pages. We’ve also decided on a newer, used vehicle. We just need to sell our current vehicle and then we can move forward with the other vehicle. I’ll let you know how that goes.

I’m just happy that I’m safe and this week is over. Seems like, since November started its been quite bumpy, and as much as I love that it was my birthday month, I’m glad it’s almost over.

Next weekend, I’m looking forward to start putting up Christmas and holiday decorations. I’ll share some ideas with you later in the week. Stay tuned for some frugal, DIY decorating tips!

Have yourself a wonderful Sunday and week ahead!

Happy Friday! I have a busy day, so no time to write, at the moment. But I will have the details of my work trip for you later this weekend.

Have a fantastic Friday and enjoy your weekend! Here’s your weekly dose of funny to set the stage.

(Disclaimer: These images have been taken from various Facebook fan pages and are not my own 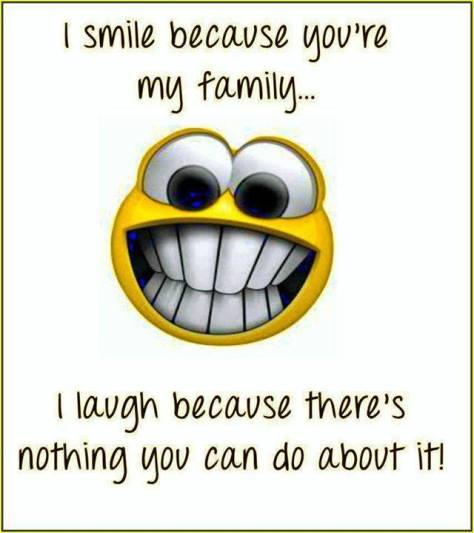 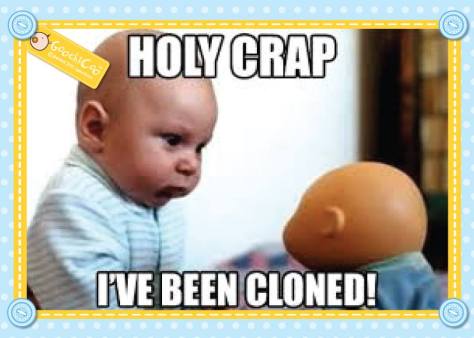 I’m flying out to Detroit this evening for work. I’m excited to be taking a mini trip for work-related reasons as I haven’t had the opportunity to travel with my previous job. I’ll be home on Thursday afternoon, so it’s a pretty quick trip. But nonetheless, it’s a couple of nights away and I get to be on a plane; which I always love. There’s just something about being up in the sky, above the clouds, the take off and landing that certainly excites me.
I had a very shitty last week. Everything that could go wrong at work, did. It was as if before one clusterfuck could end, another would start. Then my car’s emissions failed and ended up costing me a pretty penny to get fixed. Finally, the end of the week had me feeling a little better, as it was my birthday and my darling husband surprised me with so many things and kind gestures. I certainly felt loved and mich better about the week that had just passed.

But yesterday came and I thought I was going to die. My car’s brakes failed while I was in the middle of the morning rush. Bumper to bumper traffic and my car wouldn’t stop. The split second from me realizing what was happening to finally getting the vehicle stopped, I saw my life flash by me. Thankfully, I wasn’t injured, the car will eventually be okay after a lot of money and servicing. But I was slightly traumatized by the experience. By the time I reach the mechanic, I was shaking and couldn’t help but cry. I called Dev and my boss to explain what happened and told them I was going to go home.

For a long while though, I just said at the bus stop and didn’t move. I was confused and nervous and very much miserable. I got on the bus to go home but halfway there decided it would be better to go to work, especially with this trip looming over my head.

I am fine, physically at least. Emotionally, I feel on edge and a bit unstable. A lot of little things and this big thing have happened over the past few days, I feel spent. So, I’m praying and hoping that this is the end of it for the next long while and this trip to Detroit will be refreshing and will tone down the crazy that has been my life over the past few days.

Alright, I’m off now. Enjoy your week and don’t let the craziness of the ups and downs get the best of you. Xoxo

It’s my birthday and that’s a beautiful thing! I celebrated my day with my darling husband and sweet daughter. They’ve spoiled me today with breakfast in bed, a clean house, my favourite lunch and dinner at my favourite Middle Eastern restaurant and they surprised me with a gift certificate for an afternoon at the spa. It’s exactly what I wanted and I am so blessed for the two of them.

It’s been a wonderful day and the past year has been both good and bad but I’m thankful for everyone and everything that has happened and been part of it. Here’s to another year ahead; hopefully this one’s a bit easier and happier then the last!

HAPPY BIRTHDAY TO ME!

Happy Friday! Hope your week has been less brutal then mine. I’ve got a lot on my plate today, so won’t be writing much. But I will say, the excitement for my birthday has died down a bit with the events of this week.

Anyway, have yourself a fantastic Friday and I hope this dose of funny kicks off your  day for a amazing weekend ahead!

(Disclaimer: none of these images are mine and have been taken from various Facebook fan pages) 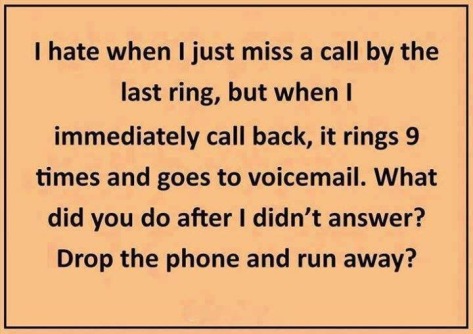 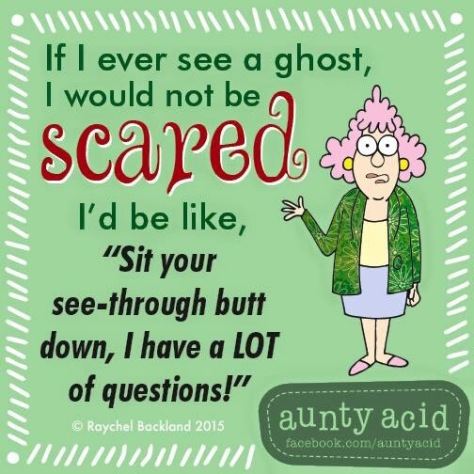 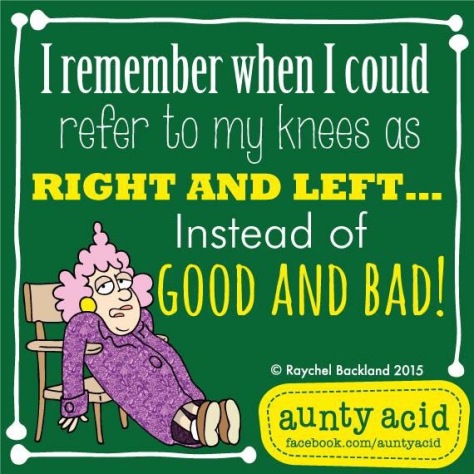