Have you heard of the Positive People Army? Maybe seen their founder, Heidi Allen on Global News? Well, she’s a friend of mine and she began a journey a couple of years ago to make the world better and not only better but full of better, positive people.

You’re probably wondering what the Positive People Army is and why I’m suddenly writing about it. This Army is a group of people working to positively support one another and bring positivity back into the world.

“The PPA is a positive group, providing positive posts to uplift our daily lives. The Positive People Army’s goal is simple: to bring positive voices, stories, quotes and videos to a growing army community.”

I’m writing about it today because I believe through Heidi’s vision of a positive world, I too can make a difference in people’s lives by introducing them to this Army.

I’m not shy of admitting I’ve dealt with enough negativity in my life and have taken bits of people’s positivity and guidance to help deal with my issues. And although I am not fully involved in the Army as much as I’d like to be, I wanted to share it with all of you with the hope that the Army’s positivity and support might assist you during a rough patch in your life or inspire you to become a leader in positivity.

“The EMPPACT leadership program is an extraordinary course designed to help you discover yourself and truly learn what it takes to become a positive leader. The program is geared to coach and prepare leaders to successfully run their very own Positivity in Practice Workshops within their community and worldwide. It’s an opportunity to make spreading positivity a new and exciting job or career! The journey begins as a two-day program packed with remarkable leadership tools, powerful exercises, astonishing self-discovery experiences, as well as many “A-HA” moments that will change your life!”

Click the link below to read more about the leadership program and/or join the group on Facebook and gain an Army of support! 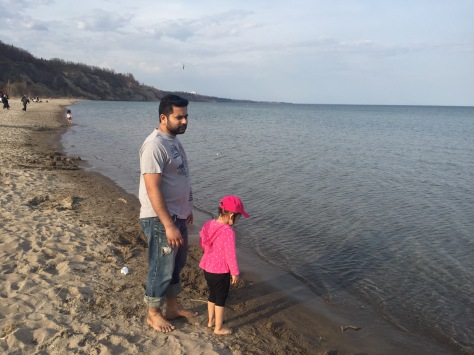 I recently saw this Facebook post about a lesson a teacher taught her students and thought of sharing it with all of you. I feel like sometimes we don’t look at the whole picture and judge or make assumptions. This story is the perfect example of it and a great read for this gloomy Wednesday. Unfortunately, I don’t know who the author is or what website it was posted to, so I can’t give the proper credit to the author. If anyone knows where this was originally posted, please comment and I’ll add the credits to the story.

A teacher was tutoring a class of students when she relayed a story about a cruise ship capsized while at sea, and on the ship was a couple that managed to make their way to a lifeboat but realized there was only space for one. You’ll never guess what lesson they learned from the story.A cruise ship met with an incident at sea. On the ship was a couple, after having made their way to the lifeboat, they realized that there was only space for one person left.
At this moment, the man pushed the woman behind him and jumped onto the lifeboat himself.
The lady stood on the sinking ship and shouted one sentence to her husband.
The teacher stopped and asked, “What do you think she shouted?”
Most of the students excitedly answered, “I hate you! I was blind!”
Now, the teacher noticed a boy who was silent throughout, she got him to answer and he replied, “Teacher, I believe she would have shouted – Take care of our child!”
The teacher was surprised, asking “Have you heard this story before?”
The boy shook his head, “Nope, but that was what my mom told my dad before she died to disease”.
The teacher lamented, “The answer is right”.
The cruise ship sunk. The man went home and brought up their daughter single-handedly.
Many years later after the death of the man, their daughter found his diary while tidying his belongings.
It turns out that when parents went onto the cruise ship, the mother was already diagnosed with a terminal illness. At the critical moment, the father rushed to the only chance of survival.
He wrote in his diary, “How I wished to sink to the bottom of the ocean with you, but for the sake of our daughter, I can only let you lie forever below the sea alone”.
The story is finished, the class was silent.
The teacher knows that the student has understood the moral of the story, that of the good and the evil in the world, there are many complications behind them which are hard to understand.
Which is why we should never only focus on the surface and judge others without understanding them first.
Those who like to pay the bill, do so not because they are loaded but because they value friendship above money.
Those who take the initiative at work, do so not because they are stupid but because they understand the concept of responsibility.
Those who apologize first after a fight, do so not because they are wrong but because they value the people around them.
Those who are willing to help you, do so not because they owe you anything but because they see you as a true friend.
Those who often text you, do so not because they have nothing better to do but because you are in their heart.
One day, all of us will get separated from each other; we will miss our conversations of everything and nothing; the dreams that we had. Days will pass by, months, years, until this contact becomes rare… One day our children will see our pictures and ask “Who are these people?” And we will smile with invisible tears because a heart is touched with a strong word and you will say: “It was them that I had the best days of my life with.”

Happy Boxing Day! I hope your Christmas was beautiful and blessed as was mine. We had a small Christmas dinner with good food and lots of fun. It was only Dev, Nid and I for most of the day. But I invited my neighbour over for dinner because she was home alone, as her husband was working. How did you celebrate your Christmas?

Here’s your weekly dose of funny to get you through the rest of the weekend.

(Disclaimer: none of these images are mine and have been taken from various Facebook pages; Aunty Acid and Adult Himour) 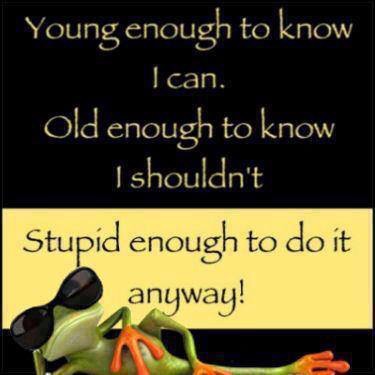 Sorry this post is so late. I’ve been very busy with setting up all my Christmas presents and wrapping them. Money is fairly limited this Christmas but I have saved over $200 in Optimum points at Shoppers Drug Mart and purchased most of my gifts there.

Plus, I haven’t been feeling too good for the past few days so just took the day to rest and get some appointments out of the way.

My weekend is quite jammed packed with baking and helping Dev with his restaurant errands. Plus, we have our residential building’s Christmas party on Sunday and I’m baking for that. So, I’ll let you enjoy your Friday and weekend.

Have yourself a fantastic weekend! Here’s your weekly dose of funny.

(Disclaimer: none of these images are produced by me. They’ve been taken from various Facebook fan pages, like, adult humor and Aunty acid) 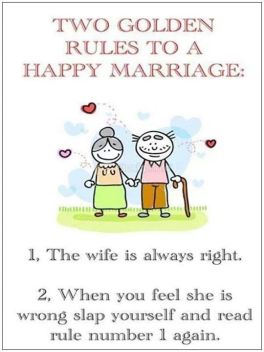 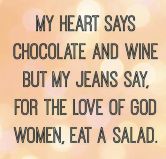 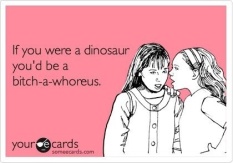 Happy Friday, lovelies! I’m taking the day off today because I”m finally selling my car today. I’ve got a lot of cleaning to do before the new owner comes picks it up around lunchtime; which is why I am up so early writing my Friday post for you.

This past week has been pretty laid back. Nid and I made custom Christmas greeting cards to send to our family and friends on Wednesday. She is having so much fun with the holidays this year. But trying to keep her in the spirit and entertained is hard work.

This weekend, I’m picking up a gingerbread house for us to decorate together. I know she’s really going to enjoy herself and so will I. Those are the main plans for the weekend. What are you up to this weekend? Anything exciting your doing to prepare for the holidays?

Share your thoughts and plans with me. But for now, here’s your weekly dose of funny to get you into the spirit of the weekend!

(Disclaimer: None of these images are mine. But have been taken from various Facebook fan pages: i.e. Aunty Acid, Adult Humour, etc.)

My week has been boring. Nothing really exciting happened and work has really died down the past few days, so I’ve been in a state of “blah”. Yesterday was a difficult day; my best friend (or “former” best friend) went back to India for God knows how long. I did speak to him before he left but it was just really hard to know that he was leaving and we haven’t been that close in a long time now.

I don’t want to get into too much details about him leaving and how I’m feeling about it, right now. I will hopefully soon, just not right now.

Besides that, the week has just been blah. I hope your’s has been better. I’m looking forward to a beautiful, sunny weekend. I’ve got a couple of people interested in checking out my car this weekend and plan to take Nid to the Christmas Market in the Distillery District. I’ve heard so many good things about the Christmas Market and have never been myself, and now that Nid knows or understands the Holidays, I thought it would be a day well-spent.

We’ll see how the weekend pans out. Have yourself a fabulous Friday and weekend. Here’s your weekly dose of funny!

(Disclaimer: None of these images are mine. But have been taken from various Facebook fan pages: i.e. Aunty Acid, Adult Humour, etc.)

Happy Friday, lovelies! It’s been a busy week for me outside of work; work has been pretty slow due to the American Thanksgiving and all of our American colleagues are off for most of the week.

Forgive me for putting this post up so late. I’ve had a very busy day. But I hope you enjoy it and the rest of your weekend.

There was an error retrieving images from Instagram. An attempt will be remade in a few minutes.